The hackers took over Gate.io’s Twitter profile and offered to award 500 USDT to the first 1,000 winners. With the help of PeckShield, Gate.io managed to get back to his account.

Cases of phishing scams in the crypto space targeting the social media accounts of legitimate businesses have increased severely over the past few months. In one such incident, hackers took over the official Twitter account of crypto exchange Gate.io.

This exposed nearly 1 million Gate.io followers to the risk of a fraudulent Tether giveaway. Twitter is one of the social media platforms with the most active crypto community. Thus, there is a growing trend of hacking Twitter profiles of verified accounts to promote scams.

500 in the tweet posted by the hacker. offered the award of USDT For the first 1,000 winners. Pretending to be the official website of Gate.io, the hacker asked Twitter followers to link their wallet to the phishing website.

Blockchain security and data analytics firm PeckShield quickly jumped into the matter. They helped Gate.io gain control of its verified account and thereby remove the malicious ad. The total number of victims of the fraud remains unknown. peckshield Told,

Later, Gate.io also released Post on the development of the case. “As soon as this has happened, we have been apprised, we have given a notice and the account has been closed immediately after the settlement has been reached,” it added.

Other incidents of phishing scam in the last week

During the past week, several such phishing incidents were reported in the crypto sector. In another similar incident, a hacker stole about $300k in OHM tokens from OlympusDAO. However, the hacker decided to return the token a few hours later. peckshield tweeted,

“It looks like there is a redeem() function in the respective @OlympusDAO’s BondFixedExpiryTeller contract that doesn’t validate the input properly, resulting in a loss of ~$292K”.

The hacker could have received $3.3 million if he had reported the code flaw. Since January 2022, The DAO has been offering rewards to those who have discovered errors and caused million-dollar losses of funds.

Bhushan is a fintech enthusiast and has a good grasp of the financial markets. His interest in economics and finance draws his attention to the newly emerging blockchain technology and cryptocurrency markets. He is constantly in the process of learning and keeps himself motivated by sharing his acquired knowledge. In his spare time he reads thriller fiction novels and occasionally explores his culinary skills. 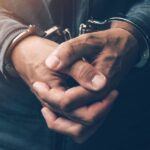